From the Ground Up

Hey, look at this, it's another development update! I did say more would be on the way! We've begun work on CONSUMO now - we've passed one whole year of development. When this started, none of us really knew what we were doing. That hasn't really chagned that much, but we've all grown and learned a ton and we're excited to share some of what we're working on! First, there won't be a Demo 0.1.1 coming out - we're definitely going to be working on releasing Demo 0.2 before Christmas. Second, what's changing? Really, more like what isn't changing. I'm going to take this post as an opportunity to tease and showcase some of the new mechanics and ideas we're working on, as well as some new assets that might show up in the game.

The number one thing we wanted to change was our player movement and abilities. In its current form, CONSUMO is stiff, rigid, and hard to express yourself in. Holding in two hands was a very novel idea, but it isn't fun - it's confusing. You only have two hands but meals take three ingredients. Preparing them is a good way to make the cooking more personal and feeling more like cooking, but it's clunky and takes away from the flow of the game. What to do?

First off, we needed more movement variables for the chef. You'll probably notice while playing that he feels a little stiff to control. That's because the player has no acceleration or friction. We started off by trying to add these elements in to the player movement in a totally clean environment. Below is movement code by Seth Burchfield that incorporates what we’ve been looking for.

We're still working on tweaking the values and finding the right implementation to make this feel right. We're taking cues from platforming giants like Celeste and Super Mario World to see how they made their games feel so good. What are the little tricks and things that may go unnoticed that make a big impact? How can we give our platforming a big impact?

That line of questioning lead us to one of our other mechanics: throwing. Our original goal was for CONSUMO to be a throwing-based platformer where you cooked for adventurers. But in its current state, it's more like a platformer... where you throw. Throwing in no way influences the platforming. One of our team members, Phillip Jaregui, has been working on developing new modes of platforming where the what you throw influences your movement. The team is tossing around (haha) ideas about special ingredients or objects that can move the player, as well.

And on the topic of throwing, let's talk about hands. Here comes a massive change from the original plan, but now you can't hold items both your hands. Instead, we're having one hand be dedicated to "picking up" and the other hand dedicated to "holding/throwing." This is a little hard to explain with text only (and our prototype for it isn't near finished yet), but you'll be able to gather all kinds of ingredients in your hands, store them in your inventory, and select what you want to throw via a hotbar. To make this easier to deal with, we'll be limiting the inventory size to 12.

On top of that, we want to change the graphical representation for throwing (and let the displayed arc stop when it hits a solid object to show where your food will strike). Lots of changes, right? Well, we aren't done yet!

We're also bringing in all new assets and talent to the team. Our old chef sprite is a national treasure and we'll always love it, but to add some continuity to the art style, we've redesigned the chef into pixel art. Cooper Garvin, a new addition to the team, is working on a full suite of animations for the chef that'll give his character more oomph! 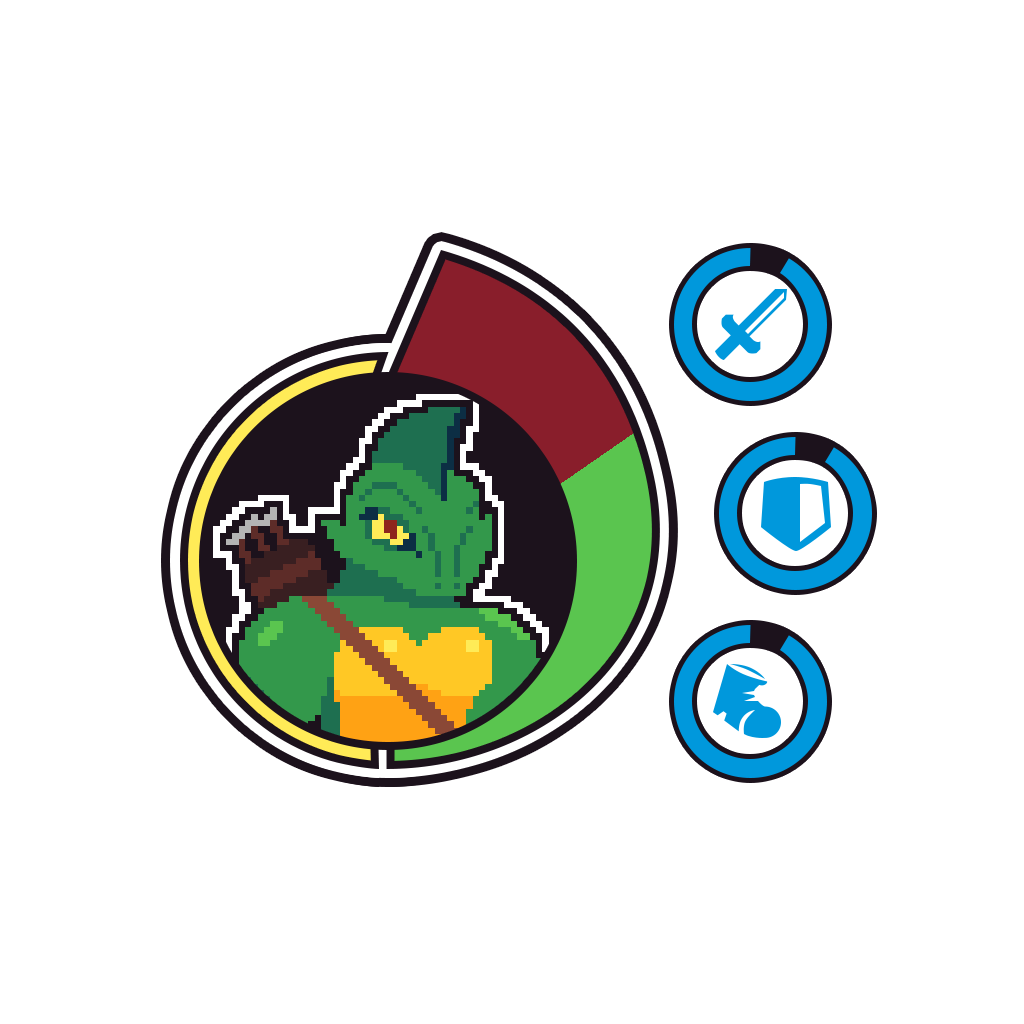 This is an early mockup of a new GUI for the adventurers' health, designed to take up less space. We're experimenting with a vectorized style for the UI while keeping the sprites for the world, characters, and items.

Okay, that's all I'm going to share for this update. But this is only the tip of the iceberg for the changes the team has been working on. Be sure to keep checking in for more updates!